Although there are no more Transpire events taking place during 2016, we thought that you might be interested in the following bus event which is being organised by the Sheffield Transport Study Group on 30th December:

.
Forty years ago, Sheffield said farewell to the last of a long line of traditional front engine, rear entrance buses, which had plied the city’s streets for many years. The last few remaining examples had been in service on Christmas Eve, 1976, and it was expected that this would be the last time such vehicles would be seen in active public service in the city.

However, much to the surprise of local enthusiasts, a brief reappearance was made after Christmas, with their final day of operation being on 30th December. All were AEC Regent Vs of 1960 vintage, one with Alexander bodywork, the others with Weymann bodywork.

Although we are currently unable to use an AEC to travel over the routes on which the rear loaders operated forty years ago, on Friday 30th December 2016 the South Yorkshire Transport Museum will provide (subject to availability) former Sheffield Transport 904, 3904WE, a Leyland Titan PD3/1 with Roe bodywork, new to Sheffield in June 1959, for a trip over some of the routes that those buses operated in 1976.

Departure will be from Pond Hill (at the side of the Sheffield Interchange) at 1000 hours, returning at approximatelly 1530 hours. It is hoped to plan a lunch break in Sheffield city centre into the itinerary and for those who do not wish to participate in the full tour it should be possible to join/leave at other times as the tour passes through the city centre. A fare something in the order of £15.00 is anticipated, payable on the day.

This time of year can give some inhospitable weather conditions and in the event of such conditions it may be necessary to cancel the tour at short notice. With this in mind it is essential to book in advance and give some sort of emergency contact – ideally a mobile phone number, such that you can be contacted at short notice if necessary. Bookings should be made by emailing Paul Beardsley at beardspaul@aol.com or by writing to him at 37 Peacock Close, Killamarsh, Sheffield, S21 1BF, or telephoning 07860 524 879.

.
The next Transpire Event will be the Christmas Bristol VR Morning Adventure on Sunday 15th January 2017 – further details of this trip are contained on page 49 of your November Transpire News Sheet.
.

The following event was announced after the July Transpire News Sheet went to press, so we are using the Transpire website to help publicise it – please feel free to forward this email to others who may be interested.

Dennis Tridents were the first low floor double deckers introduced by the Stagecoach Group back in 1999. Many more have followed which have been manufactured by Dennis and their successors.

As from January 2017, the Public Service Vehicles Accessibility Regulations require all buses over 21 seats used on local bus services to be fully accessible. Despite being of a low floor design, the earliest Dennis Tridents, a number of which are operated in Chesterfield, are not compliant and will therefore be withdrawn before the end of the year. It is also significant that these are the last non-compliant vehicles in the Stagecoach Yorkshire fleet.

Chesterfield’s examples (17004/7/8/9 and 17050/8) were some of the first Dennis Tridents delivered to Stagecoach London and have subsequently worked in Cambridge and Devon before being transferred into Chesterfield following the award of the contract to provide services to and from Chesterfield College in 2013.

Subject to availability, on Saturday 13th August 2016 Stagecoach Yorkshire are intending to operate as many of their Tridents as possible, during the daytime on services 25 & 84 alongside their Leyland Fleetline Open Top 15513 and the famous Stagecoach ‘Megadekka’ Leyland Olympian 14000 which is kindly being provided by Stagecoach East. One vehicle will also operate an evening journey on service 77 to Worksop and return.

Timetables for this event can be downloaded by clicking HERE and details of any additional journeys being operated by the Tridents or 14000 / 15513 will be displayed in the waiting room at the Chesterfield Coach Station on New Beetwell Street on the day.

Welcome to the prototype Transpire website which may replace the one currently at www.transpirebus.org.uk .  Whilst it may not initially be as extensive and glamorous as its predecessor, it will hopefully allow members to obtain up to date information on Transpire events and trips, as well as providing future members with details of the Society.

On this page we will be posting useful information for Transpire members, including details of events.  Members can now sign up to receive these updates automatically by email – please click here to find out how to do this. 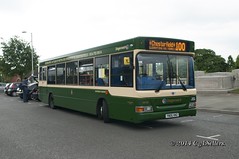 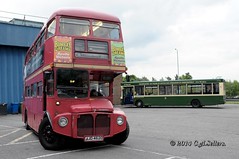 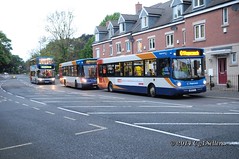 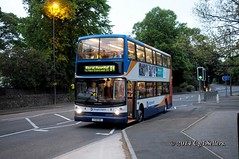